Dangerous Risks Of Blacking Out You Didn't Know Of A blackout is a period of alcohol-induced forgetfulness in which a person actively engages in behaviors such as walking or talking but does not recall engaging in those behaviors. Blacking out can occur when a person has consumed too much alcohol. Because of this, the individual may try to drive, engage in sexual activity that is either unsafe or non-consensual, or engage in other risky behaviors that can lead to damaging and potentially life-threatening situations. This is an exceedingly dangerous situation. Get assistance right away.

What Exactly Is A Blackout?

What do you think it means when someone says that they "blacked out" the night before because they were so drunk that they lost consciousness? A period of alcohol-induced forgetfulness known as "blacking out" is when a person who is intoxicated actively engages in behaviors such as walking or talking but does not recall engaging in such acts. The most common cause of blackouts is a sudden rise in blood alcohol concentration (BAC) levels, which leads to a momentary lapse in memory. Drugs can also cause blackouts. A blackout often occurs when a person's blood alcohol concentration (BAC) hits approximately.14%, also written as.14 (point one four), which is almost twice the permissible limit. In addition to having a blackout, a person might also experience less severe forms of alcohol-induced memory impairment, which are referred to as "brownouts" or "gray outs." It is essential to keep in mind that passing out and blacking out are two entirely different experiences. When a person blacks out, they remain fully cognizant. In point of fact, a person is capable of doing anything while drunk that they are capable of doing when blacked out; the only difference is that they will not remember what they did the following day. A person will, nevertheless, be able to remember things that took place before their blood alcohol content reached extremely high levels while they were experiencing a blackout. People who are blacked out are able to carry on discussions and remember stories from earlier in the evening while they were under the influence of alcohol because of this.

The Brain And Black Out

Memories are produced when an individual is alert and sober following the processing of sensory input in short-term memory via a process known as a transfer encoding. This information is subsequently moved into an individual's long-term memory via another process that is quite similar. Consuming a very excessive amount of alcohol can cause a chemical response in the brain, which disturbs the process of the brain forming new memories and stops the brain from doing so. Alcohol disrupts the function of brain receptors that are responsible for the transmission of signals between neurons, which in turn causes certain brain cells to produce hormones that inhibit the creation of new memories. Because of this reaction, the brain continues to absorb information even when a person has lost consciousness, but it is unable to create new memories at this time. The degree of amnesia that one suffers through a blackout is one way to differentiate between the various types of blackouts. Blackouts brought on by alcohol can take one of two unique types, which are as follows:

It is essential to have an understanding of the fact that passing out is frequently caused by the rate at which an individual consumes alcohol rather than the quantity of alcohol consumed. A person who, for instance, downs three shots in rapid succession is more likely to pass out than another person who consumes three alcoholic beverages over the course of three hours. The majority of blackouts are frequently brought on by a sudden rise in blood alcohol content that is more than 0.15.

The Perils Of Blacking Out As a result of the high amount of drunkenness required to have a blackout, decision-making, as well as other psychological processes, are extremely likely to be compromised during this time period. When someone blacks out, they will appear to be perfectly normal and will continue to carry on discussions and take part in activities as usual. In point of fact, those who are looking in from the outside often have no idea that an individual is blacked out. A person who is currently experiencing a blackout may give the impression of being extremely intoxicated or appear to be scarcely affected by alcohol at all, depending on how much alcohol they have consumed and how severely other brain processes are affected. Because of this, the individual may try to drive, engage in sexual activity that is either unsafe or non-consensual, or engage in other risky behaviors that can lead to damaging and potentially life-threatening situations. This is an exceedingly dangerous situation. “During a blackout, a person is able to take part in significant and emotionally charged events, but they will thereafter have no memory of what took place. After their blackouts, many people reported that they learned later that they had participated in a wide variety of risky activities, some of which included having unprotected sexual encounters, vandalizing property, or driving a car. These actions could have resulted in serious repercussions for their health as well as for their legal standing.” Assistant Research Professor of Psychiatry at Duke University and holder of a Ph.D. in the field, Dr. Aaron White
Even just going through one power outage can put your life in jeopardy. Research conducted by the National Institute on Alcohol Abuse and Alcoholism found that drinking alcohol causes a delay in the signals in the brain that govern the gag reflex and other autonomic reactions. A person who has blacked out may experience a loss of reflex control, which may cause them to throw up while sleeping. As a result, they may suffocate or choke on their own vomit. A person is also more likely to get injuries as a result of falls and other accidents when a blackout is present. In addition to these potential traumatic effects and immediate concerns, blacking out can also have long-term negative effects on a person's health. Consuming a very excessive amount of alcohol to the point of passing out might result in neurodegenerative conditions and have a lasting impact on the brain. Regular intake of alcohol causes damage to the frontal lobe of the brain, which is the region that is responsible for cognitive function and the creation of memories. Damage to the frontal lobe on a consistent basis can have a negative impact on behavior and personality, as well as the capacity to carry out activities and retain memories.

Who Is Likely To Have The Highest Probability Of Passing Out?

Blackouts are a surprisingly prevalent occurrence, especially among drinkers of younger age. Young adults and adolescents have a greater propensity to engage in binge drinking, and when they do, they drink more alcohol in a single binge and do so more quickly. Because younger people have less experience drinking alcohol in moderation, they are more likely to either overestimate the amount of alcohol they are capable of consuming or underestimate how much alcohol they have already consumed. Those adolescents and young people who regularly engage in binge drinking and experience blackouts have a greater risk of developing long-term cognitive and memory issues later in life. This is because adolescents and young people are still developing mentally, physically, and emotionally. Because of the culture of binge drinking that is prevalent on college campuses and university grounds, young people who are of college age are at an elevated risk of blacking out. It is believed that 75% of students enrolled in colleges and universities are already drinking, and many of these students engage in binge drinking at least once per week. Because so many students routinely consume excessive amounts of alcohol, a sizeable percentage of them may regularly experience blackouts and participate in unsafe behaviors.

A study that was conducted in 2019 at Duke University to investigate the rates at which college-aged drinkers experienced blackouts found the following information:

Women, in comparison to men, have a significantly higher risk of passing out. Alcohol has a different effect on women's bodies than it does on men's bodies because of differences in hormones, physical size, and body composition. As a result of these variances, women are unable to consume as much alcohol as men before becoming intoxicated. This is the reason why people of different genders have varied ideas about what constitutes binge drinking. Blackouts are more likely to occur in women due to the fact that it takes them less alcohol to reach intoxication levels comparable to those of men. The experience of blacking out can put one in perilous and even potentially life-threatening circumstances. Drinking in moderation and keeping track of how much alcohol you're taking in will help you prevent passing out. Blackouts are a cause for concern and should urge a person to evaluate their relationship with alcohol. Although blackouts are not usually an indication of alcoholism, they are a cause for alarm.

Don't be embarrassed to get professional assistance if you or someone you care about is having trouble controlling their drinking. Get in touch with a treatment provider to discuss the various rehabilitation choices that are available.

Dangerous Risks Of Blacking Out You Didn't Know Of

How Often Should I Pee? Do I Need To Pee Frequently?

How To Relieve A Toothache? Let Us Surprise You

Hiking And Camping With Food Safety In Mind 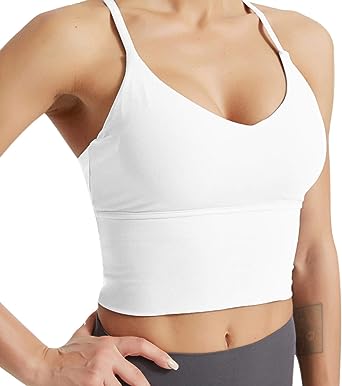 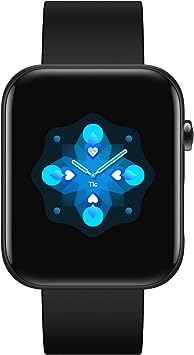 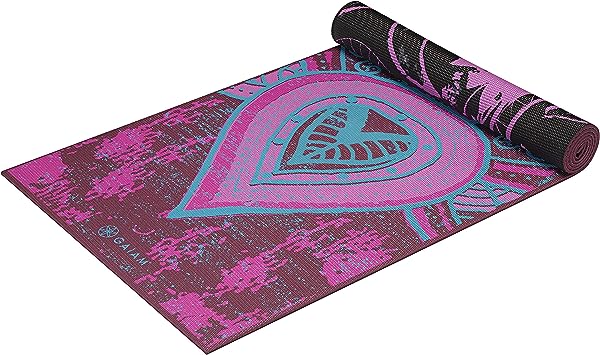 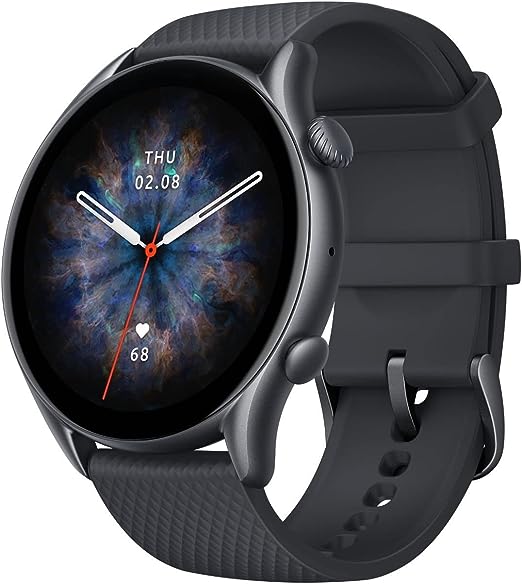 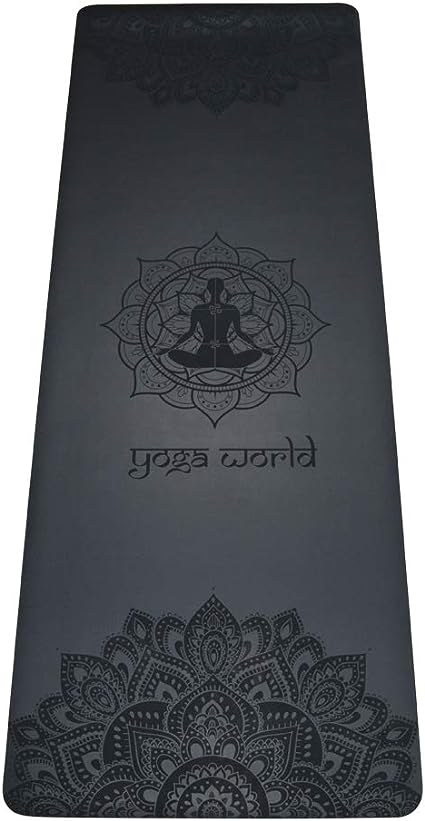 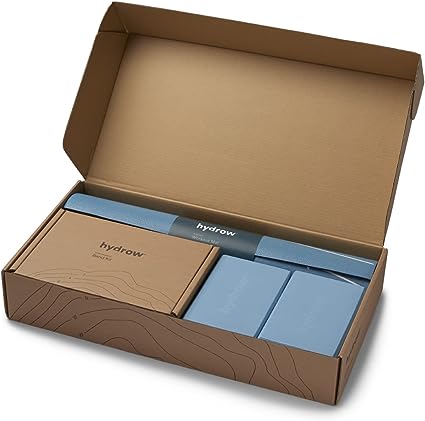